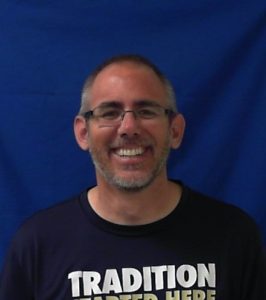 This is Coach Huston’s fourth year at Casteel High School as Varsity Coach and 24th year coaching basketball. He began his Junior High School and High School coaching career in 2000 in the Flowing Wells School District. In 2004, he moved to Queen Creek High School where he served as the Boys’ Freshman Coach and Varsity Assistant Coach for Troy Gibson. He spent two years as the Varsity Girls Basketball Coach before becoming the Varsity Boys Assistant Coach at Campo Verde High School for Neil MacDonald and, later, Michael Wirth. In 2014-2015, he served as an Assistant Varsity Coach for the Corona Del Sol Aztecs, where his team went 33-1 and won the Division I State Championship.  They finished the year ranked 8th nationally according to Maxpreps Final 2014-2015 Top 25 rankings.

Coach Huston is responsible for opening the Men’s Basketball program at Casteel High School.  Last year was the schools 2nd year of Varsity basketball.  They finished 3rd in PowerPoints rankings in the 3A conference and Coach Huston won Metro Region Coach of the Year. Both Varsity seasons the boys have reached the Sweet 16 of the State tournament.

He’s the father of three boys: James, Liam and Nathan. For the past 20 years, he’s been married to the love of his life, Jena.

No Events This Week

Events are added by athletic staff.
View All Events